Best NHL Jersey Introduced Each Year During The 2010’s

The rule for this list of NHL jerseys is only for home, road and alternate jerseys that were introduced in the decade of the 2010’s. Winter Classic and Stadium Series jerseys will get their own list soon.

The dark navy blue blended with the union state red and the cream collared white goes together like peanut butter and jelly. It’s not about the design of the jersey that makes it great, it’s about how the colours gel together that makes this sweater so stunning.

There weren’t a lot of jerseys introduced in 2011 but the the Leafs new alternate is a standout. A modern rendition of an old time favourite, this historically inspired sweater is simple and elegant. Easily the top choice for best new jersey in 2011

No new jerseys were introduced in 2012 due to the lockout shortened season. The Winter Classic and All-Star games were cancelled and therefore, no new jerseys from those events either.

Lots of great elements to look at here. The “Calgary” wordmark combined with the C logo blends together well. The shoulder patch that depicts the view of Calgary overlooking the Rocky Mountain sunset is iconic. The striping is a bit overdone with the choice of colours and different thicknesses of each colour along it. Other than that, it’s a well done tarp. 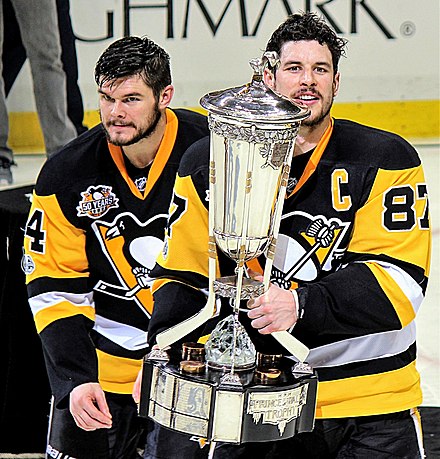 At the time it was introduced it was just used as an alternate sweater but now it’s their full-time home jersey. The combination of bright yellow and black to go along with the huge penguin logo makes this jersey bold and memorable. Great move by the Pens organization.

It was either going to be this jersey or the Colorado Avalanche alternate that was going to be the best choice of 2015. The Capitals jersey was the best jersey introduced in 2015 because the colours go together and the stars that reside above the logo are make it unique and iconic. They are also the Caps’ current alternate sweater and they still look great in Adidas threads.

This sweater change was a welcoming site for the Panthers. Their previous jerseys were cool but these threads take it to another level. The Florida shield logo looks strong and their shoulder patch of the state flag is very patriotic. The colours go together well and they’re clean. 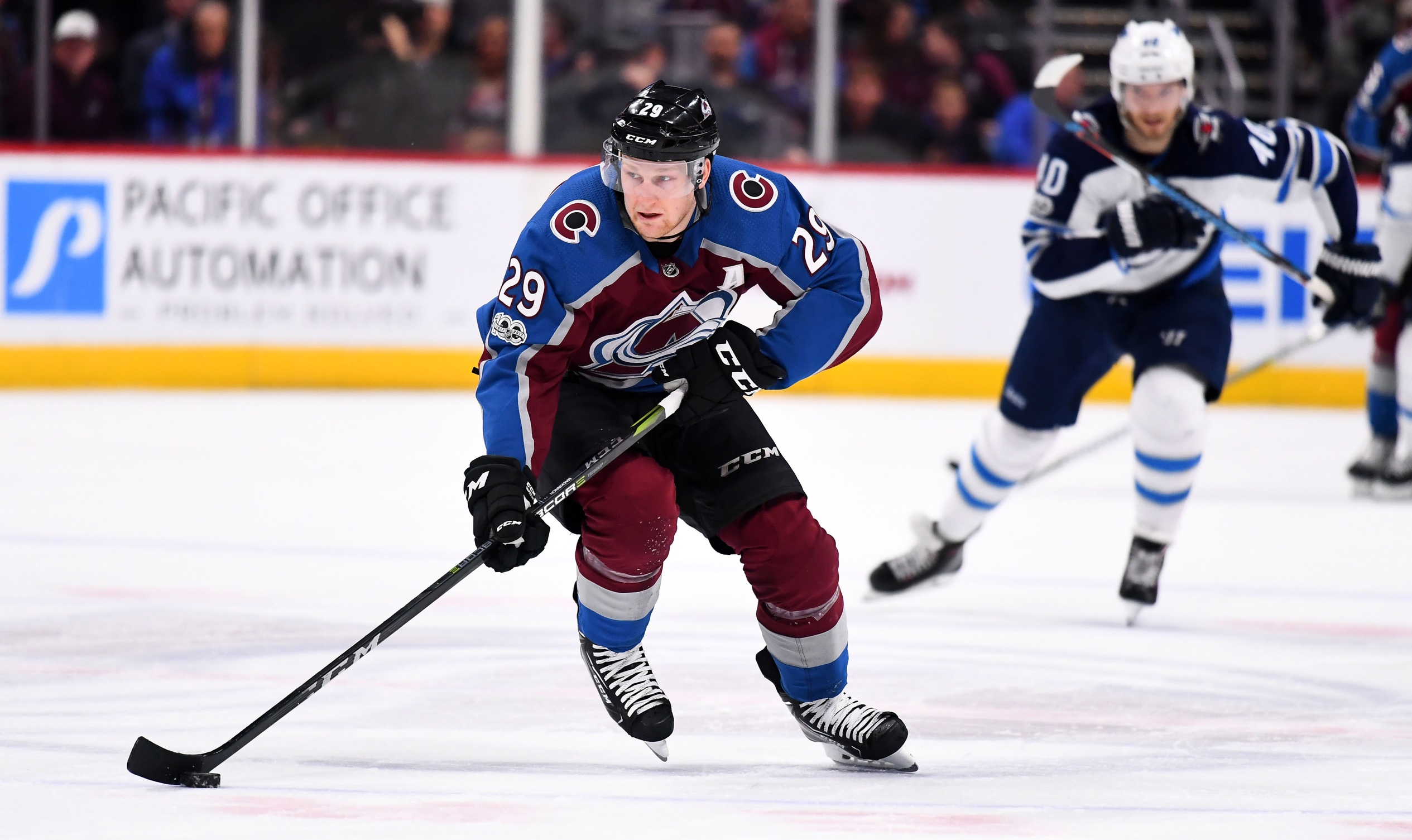 A huge sigh of relief happened when the Avs changed their former home and road jerseys to the sharper, refined versions we see today. The old version of this jersey had the straight piping running along the chest and it looked hideous. The change to go with the current home and road jerseys was pivotal when Adidas had taken over the jersey production contract from the NHL. Many teams made tweaks and changes to their sweaters but out of all them, Colorado stood out on top.

The past has came back to life in the desert as these beauties were brought back as an alternate from the 90’s. Back then these jerseys were considered to be atrocious but nowadays they’re considered to be the peak of modern jersey fashion. The striping pattern is unlike anything else seen on a hockey jersey and the logo is one of the most detailed in the league. They’re a winner. 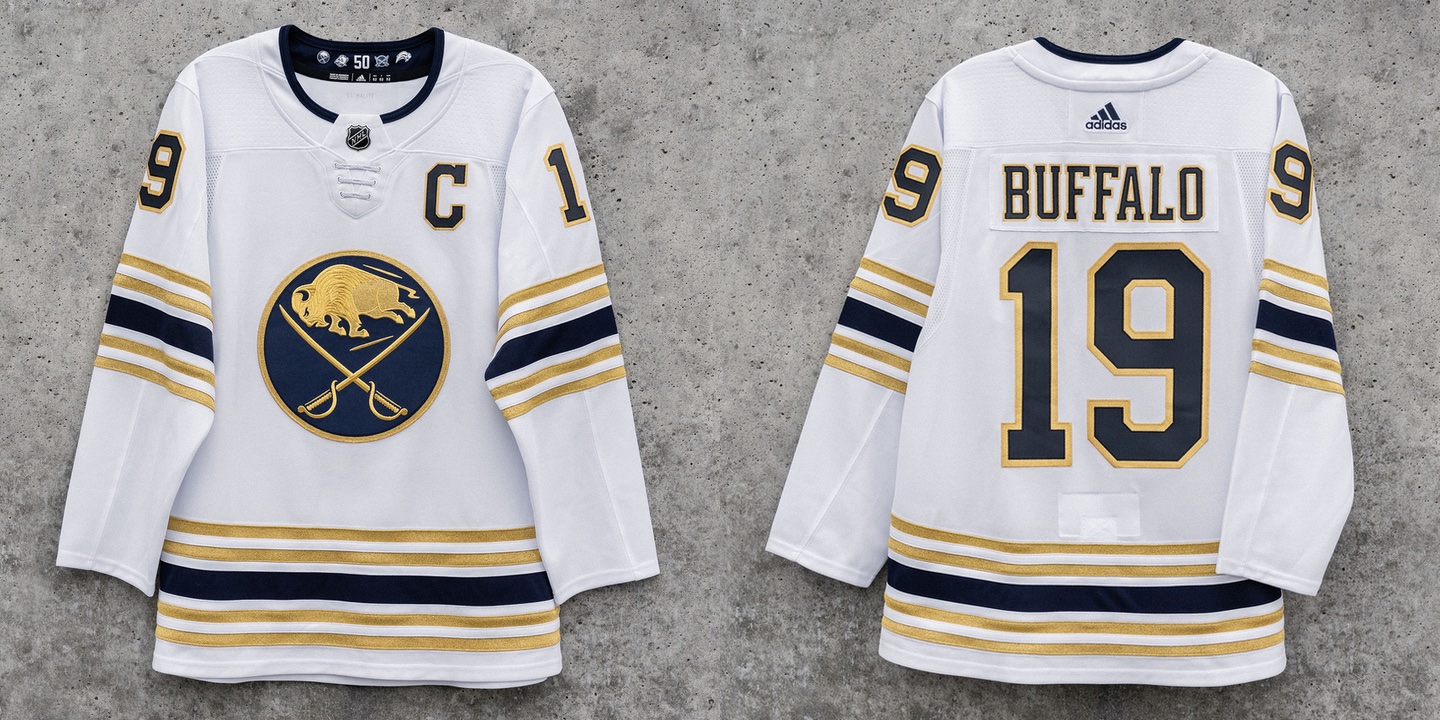 The Sabres have taken a risk in using a golden element to their sweaters but it has paid off. The 5 stripes along the waist and the sleeve represent 5 decades of the Sabres being in existence. Sadly, they’ve won no cups yet. The gold and dark blue work on the white because it pops very nicely. This jersey will be a one off as it’s only meant to be worn during their 50th season.

This article is brought to you part by oilfieldjerseys.com. Head there for authentic NHL & NFL fan gear.